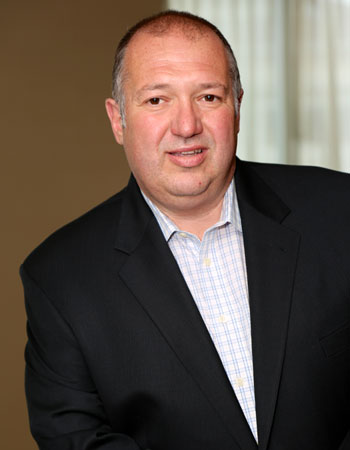 Vince DiFonzo is a partner of TKo Hospitality and serves as the President. Prior to TKo, Vince worked with Meyer Jabara Hotels for 23 years and most recently served as Vice President of Operations.

Vince began his hospitality career with Servico, Inc. where he was the first Management Development Trainee and eventually grew to become General Manager at the Hilton Head Inn Resort in Hilton Head Island, South Carolina. He later joined Concord Hospitality to become Vice President of Food and Beverage. During his tenure with Concord, the company acquired several new hotels where Vince led the efforts of re-positioning several new restaurants, catering facilities and nightclubs.

Vince is an accomplished leader and has extensive experience in operations, sales and marketing, union negotiations, property acquisitions, new hotel openings, brand relationships and third-party management. He is known as a passionate and creative executive with a focus on people development. He also has been recognized with prestigious awards both by his employers as well as the industry for his operational performance as well as his leadership practices. Some of his recognitions include multiple General Manager of the Year awards, a Mirror of MJ Hotels, Marriott, Hilton and IHG Brand performance awards, “Best Place to Work” in DE and Business Person of the Year.